Out This Week: Hidden Kisses

16-year-old Nathan (Berenger Anceaux), lives alone with his father Stephane (Patrick Timsit). A newcomer to his high school, he is invited to a party and soon becomes smitten with Louis (Jules Houplain), a boy from his class. They find themselves seemingly out of sight and kiss each other sweetly… not realizing that someone has taken a picture of them. Soon, the photo is published on Facebook and a storm overtakes their lives – putting them face to face with severe bullying and rejection.

A highly-publicized film that originally aired on French television in 2016, this deeply affecting gay high school romance is now coming to DVD in the United States. Lead actors Berenger Anceaux and Jules Houplain are both adorable and have great chemistry together. Hidden Kisses is a heartfelt, thoughtful, beautifully directed film that will linger with you long after the final credits have rolled.

Check out these images from the film below and make sure to order your copy. It’s available starting this week on DVD. 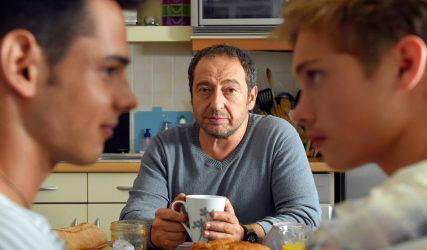 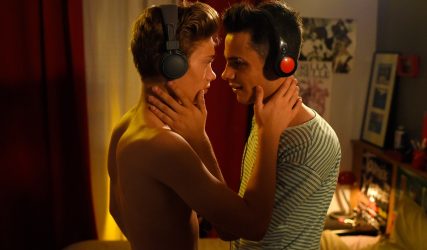 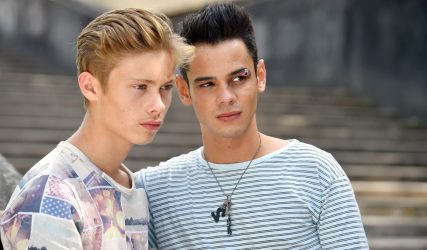 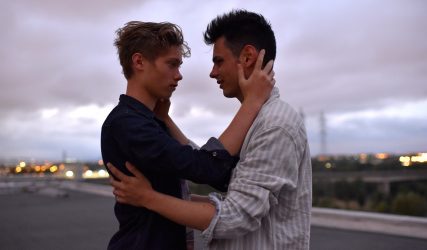