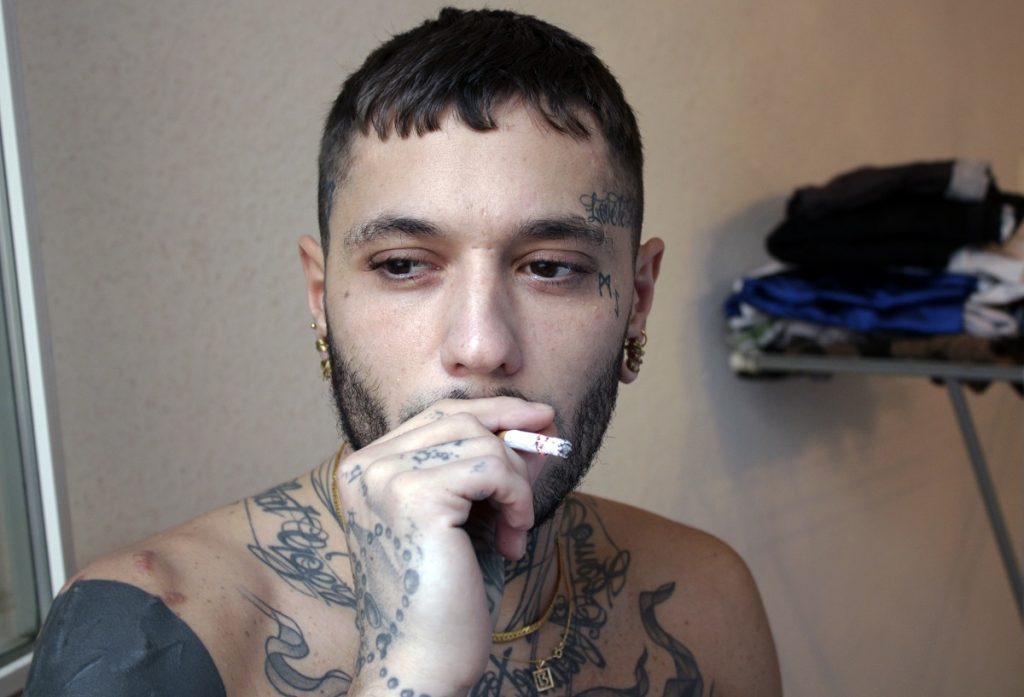 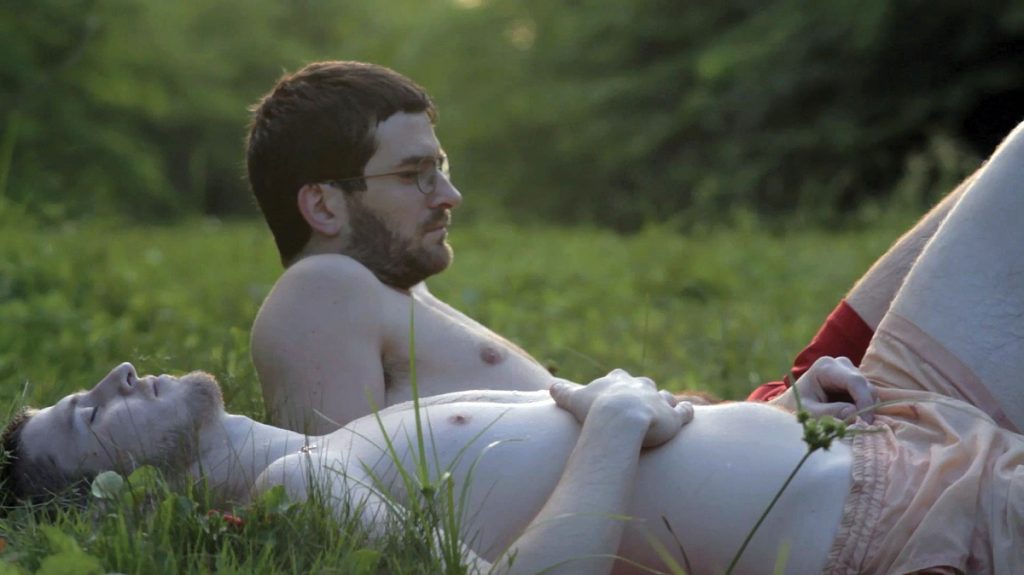 If you are looking for a wild sex romp comedy, you might want to skip Hawaii. But if you loved Plan B, Absent, Taekwondo or Sexual Tension: Volatile, Argentinean filmmaker Marco Berger‘s other explorations of sexual confusion amidst hitherto heterosexual young men, keep reading! Set in the Argentinean countryside during one hot, humid summer, this drama percolates with sexual tension and lustful longing. Former childhood friends Martin and Eugenio meet up again as young adults at Eugenio’s lakeside family home. There, amidst the languid summer days and nights, the two get reacquainted and each becomes more sexually aware and interested in the other. Berger is a master at wringing the pent-up desires of “straight” men. There was plenty of evidence in his previous features, but Hawaii is a particularly amazing example of his talents. Have a towel ready before you watch it. You are bound to break a sweat. 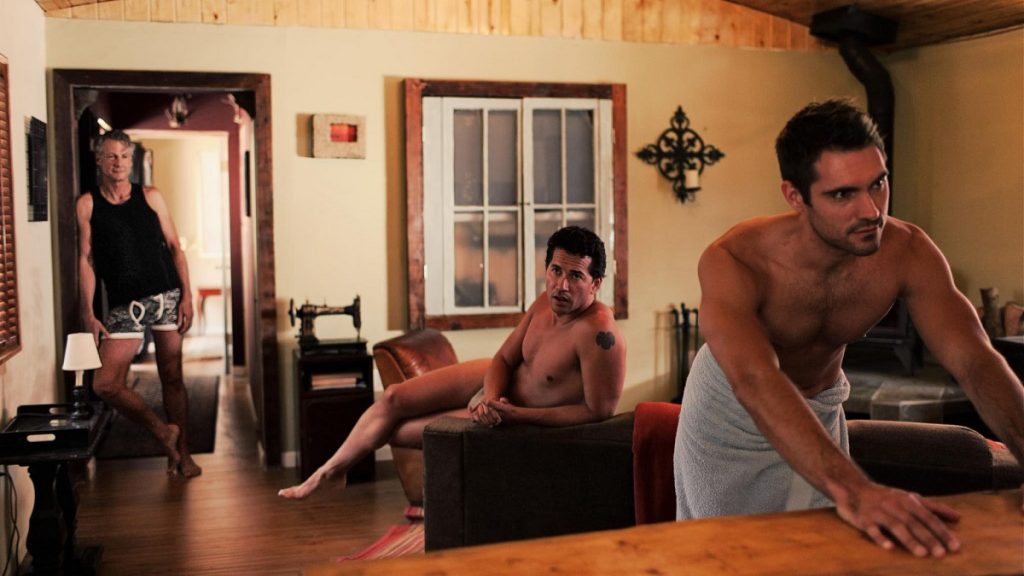 The Men Next Door

Prolific writer/director Rob Williams helms this romantic comedy about finding love a little too close to home. As he reluctantly celebrates his 40th birthday, gay Pilates instructor Doug (Eric Dean) finds himself falling for two very different but equally lovable men – Jacob, a secure 50-year-old (Michael Nicklin) who came out later in life, and Colton, an adventurous 30-year-old (Benjamin Lutz) who LITERALLY IS the boy next door. What he doesn’t know right away is that the two men are, in fact, father and son! How long can Doug juggle both relationships before everyone finds out the truth? The Men Next Door is consistently unpredictable, and despite a concept worthy of a Greek tragedy, it’s filled with humor and heart. There’s also some delicious full-frontal nudity from cutie-pie Mark Cirillo. 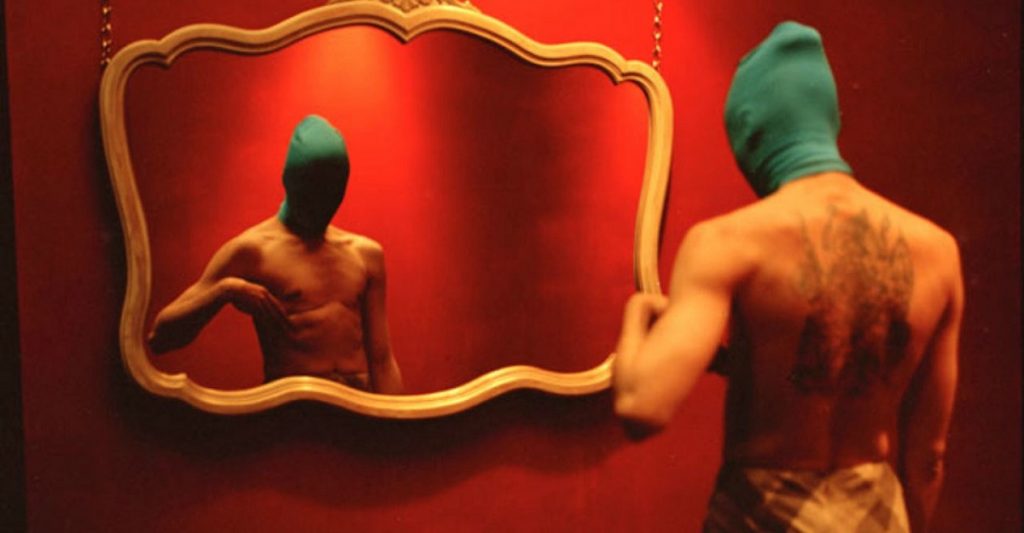 New forms of sex and love emerge in Open, the first American film to win the Teddy Jury Prize at the Berlin Film Festival. When the young intersex Cynthia (Gaea Gaddy) meets Gen (Tempest Crane) and Jay (Jendeen Forberg), a couple recovering from plastic surgery, she learns of pandrogony, in which two people merge their facial features in order to reflect their evolution from separate identities into one unified entity. Inspired by this, Cynthia abandons her husband and suburban life to embark on a road trip with Gen through the remnants of 20th Century America. Simultaneously, a young transman, Syd (Morty Diamond), meets a young punk man, Nick (Daniel Luedtke). After having sex with one another, and someone born of the opposite sex for the first time, Syd and Nick find themselves falling into love, a love that forces them to confront how hormone treatments have changed sex and relationships. Open brings together a cast of real intersex, pandrogynous, and transpeople to create a revealing look at the pioneers of the new human experience, and the emerging possibilities of gender. 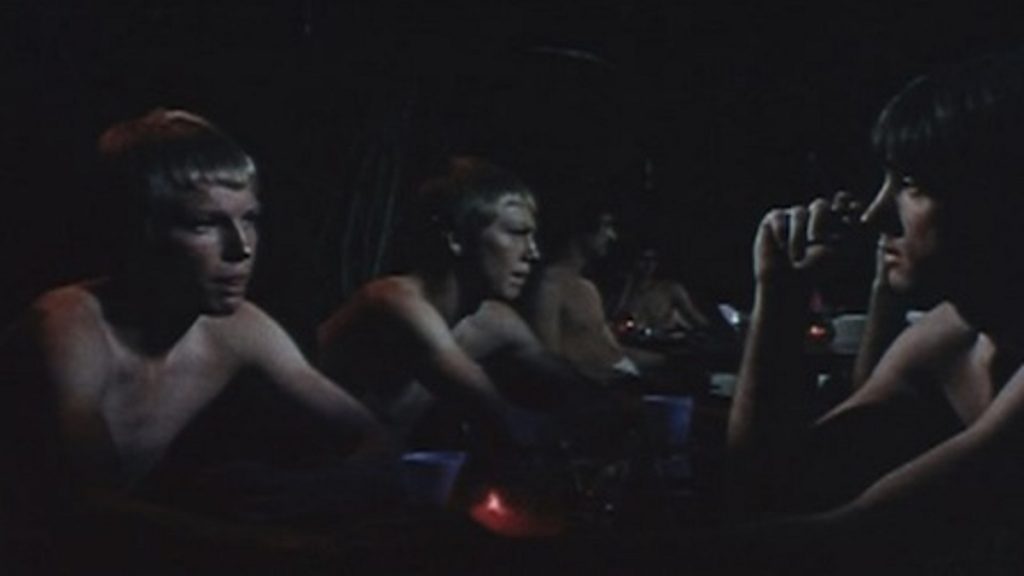 Saturday Night at the Baths

The transformation of a homophobic straight man into “one of the boys” is the theme of this historically important, independently made comedy-drama. Michael (Robert Aberdeen), who lives with a girlfriend, finds his already unstable sexuality challenged after he gets a job as a pianist at the gay Continental Baths. At first denying any male attraction, his defenses melt, especially after the baths’ manager Scotti (Don Scotti) finally beds him, releasing a torrent of pent-up memories and sexual desire. An early cinematic exploration of one man’s hidden homosexuality, Saturday Night at the Baths features amateurish acting and a stilted screenplay, but nonetheless proves quite entertaining – especially as an historic document. One of the first American gay-themed films, it’s now available to watch in a “Director’s Cut” format.