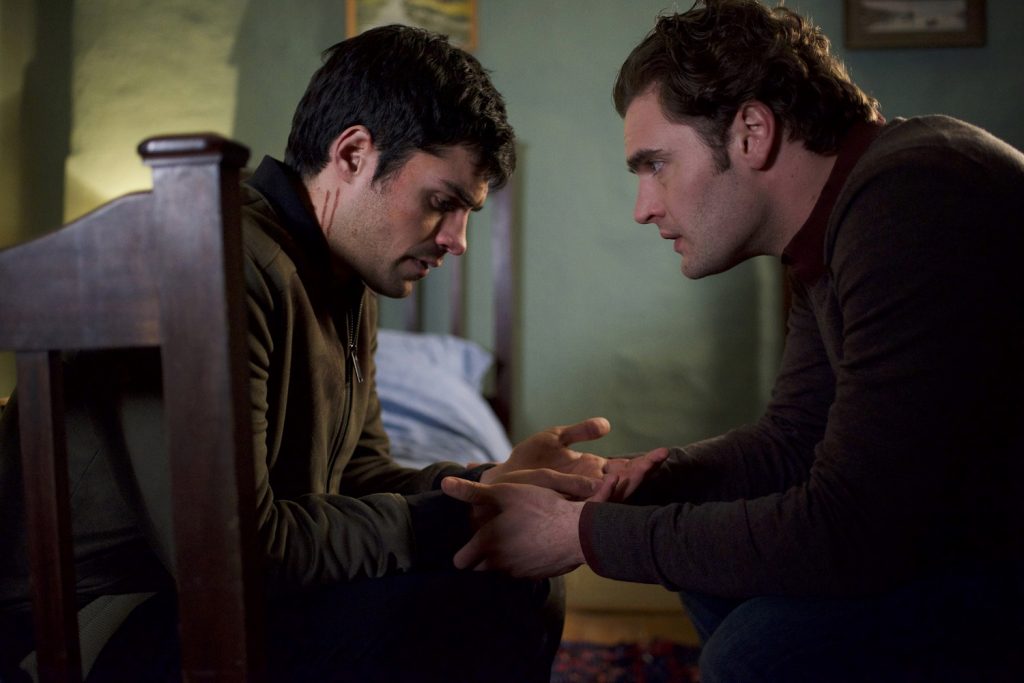 Lovers Marc and Fred (Tom Bateman and Sean Teale) initiated a major legal battle after they were refused a double bed at a remote Christian guest house. They came out of their court case victorious and now they’re back at the establishment to claim their conjugal rights. Triumph, however, quickly turns to terror when a scary Russian neo-Nazi also checks in. Their weekend of celebratory fun soon becomes a bloody battle for survival. B&B is a whip-smart and brutally funny dark comedy-thriller that has been earning rave reviews from critics – some of whom have even compared it to the work of Alfred Hitchcock. The Hollywood Outsiders, specifically, called it “a film Alfred Hitchcock would be proud of.” The Horror Society said it’s “frickin’ fantastic and a trailblazer for LGBT cinema.” 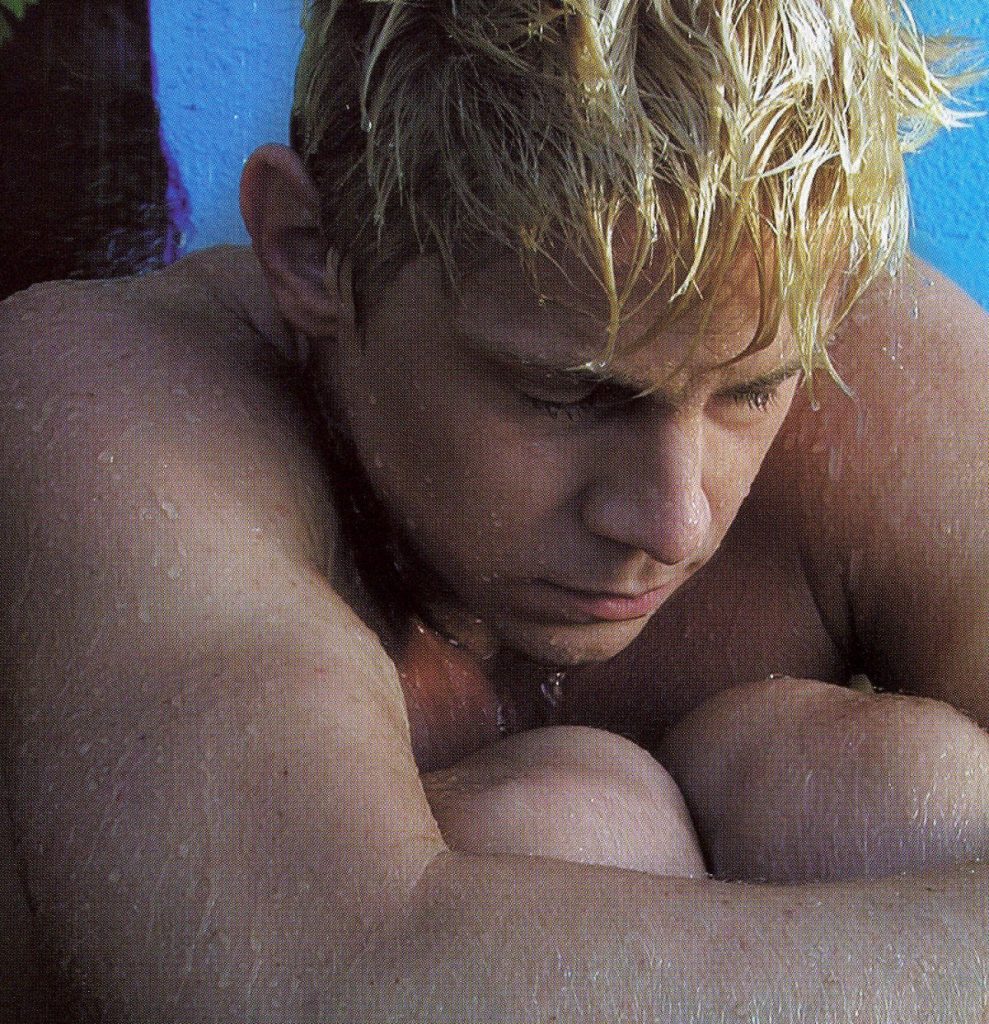 Set against the spectacular backdrop of a sun-splashed Brazilian beach town and infused with a variety of pulsating music (German hip-hop, Brazil pop, techno), German producer Jurgen Bruning‘s first directorial effort is this tale of romance between a blond German tourist troubled by a terrible secret and an innocent Brazilian youth. Erik (Hendrik Scheider) is vacationing with two German friends in an opulent beach house owned by the father of one of them. They spend their days snorkeling, lounging about, eating, watching Brazilian soaps, and when the mood strikes them (and to make a few bucks), making R-rated love in front of a live webcam. Erik’s mindless days come to an end when a sexual tryst on the beach becomes violent, ending in the death of his nameless trick. While agonizing over the incident, Erik, a muscular beauty, meets Miguel (Aldri D’Anunciacao), a fresh-faced young man and TV actor. The two fall in love but Erik’s secret and intensifying guilt begins to haunt the relationship. The Longing is a sensual, yet ominous drama of youth, desire, love, cross-cultural tensions and fate. 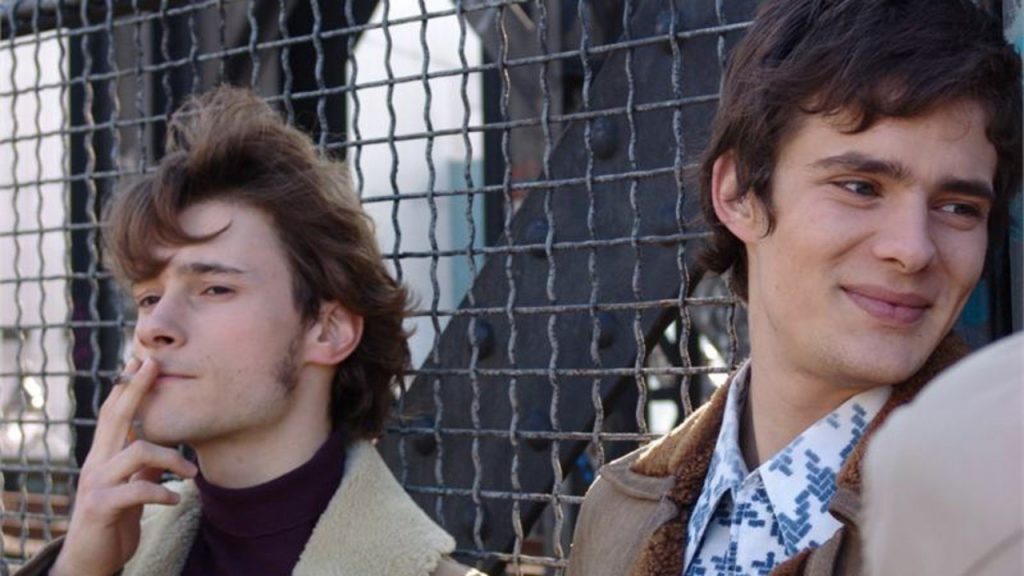 Paris, May 1968. In France, there was a radical leftist student rebellion that united workers, homos and communist radicals for a brief moment. Set in that stirring period, Alessandro Avellis‘ evocative film captures not only the politics but also the unbridled sexuality. Marc is around 20, a student and gay in a time period when gay men hadn’t yet won the civil rights we take now for granted. Arrested in a park for cruising, his Dad threw him out of the house and his brother scorned him. Marc moves in with his best girlfriend Julie and they go to the demonstrations and endless meetings together. Julie’s boyfriend took off the US and she finds solace with a radical lesbian. In the park, Marc picks up the sexually alluring working-class Andre. Marc becomes fixated on Andre, who won’t admit he’s gay. Meanwhile Julie has moved into a lesbian commune, and the revolution has vanished. Marc keeps up with the gay rights movement, but even that peters out. Marc finds love, loses it and get’s it back in this hot little French film. Made as an homage to the FHAR, the Front Homosexual d’Action Revolutionnaire, the first gay rights movement in France, Ma Saison Super 8 is a touching testimony to an important moment in French history. 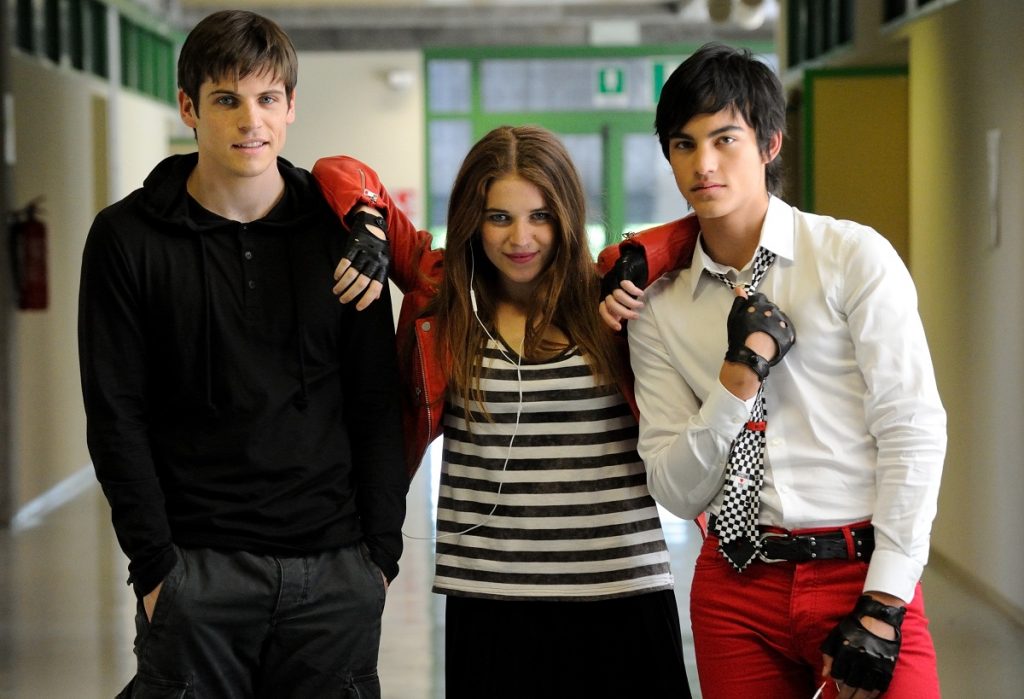 Lorenzo, Blu and Antonio (Rimau Ritzberger Grillo, Valentina Romani and Leonardo Pazzagli) are high school sophomores living in a small city in the North of Italy. All three are outcasts, albeit for different reasons. Antonio is a jock, but gets picked on for his speech impediment, Blu has been unfairly labeled the town whore due to one prior indiscretion and Lorenzo is not afraid to be open about his sexuality, despite rampant homophobia. Though they come from different backgrounds, the three share a strong bond and soon band together to fight against their oppressors. However, when Lorenzo starts making evident his attraction to Antonio, petty jealousies threaten to tear the trio apart. Directed by Ivan Cotroneo, the prolific writer behind the international hit (and underrated masterpiece) I Am Love, One Kiss is not your typical teen movie. It’s a film that isn’t afraid to go deep and show both the brightest and darkest moments of adolescence. 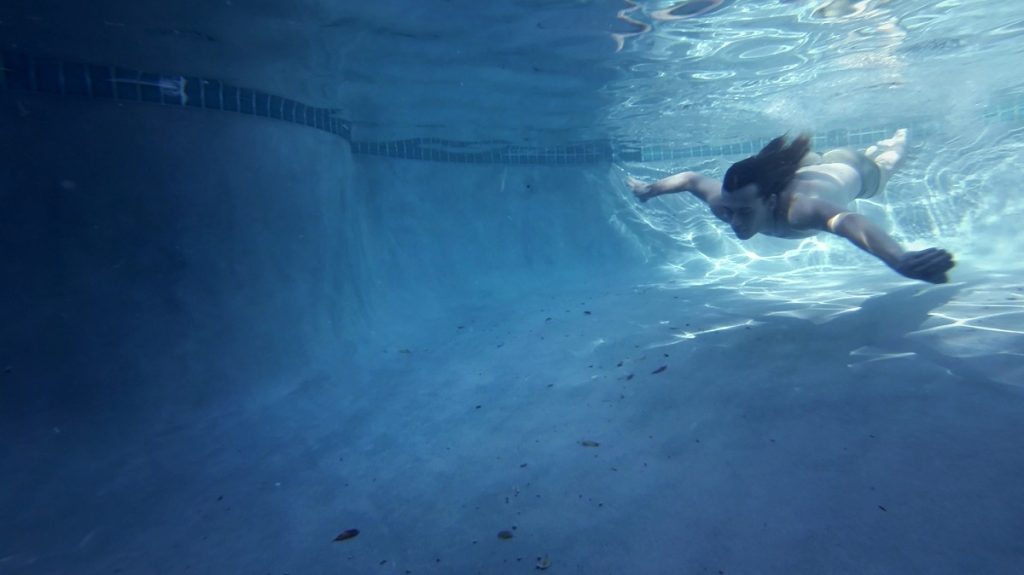 Evan (Harry Hains) is a disaffected college student living with his wealthy boyfriend, Chris (Nicholas McDonald). Their social and financial disparities have made their relationship increasingly volatile. While sifting through old relics at an elderly man’s yard sale, Evan finds an 8mm movie camera. The man offers to teach Evan how to use it if he comes back the following week. Upon returning, Evan meets the man’s 43-year-old son, Peter (Michael Redford Carney). They strike up a conversation and Peter gives him reels of old movies – featuring a young Peter and his boyhood friend. These films touch a nerve with Evan. Their youthful flirtations and tenderness are uncomplicated and pure. Evan begins to live vicariously through the home movies and his friendship with Peter soon turns romantic. Evan’s relationship with Chris splinters as he pushes for greater understanding of himself and the notions of family, love and fulfillment.