Lured by Berlin’s reputation as city with a pulsating night life, young Luis (Fernando Tielve) leaves his boyfriend behind to travel there – eager to indulge in drugs, sex, partying, music and mindless fun. Somewhat innocent and certainly naïve, wide-eyed Luis is quickly sucked into the dizzying whirlwind of the club scene where he meets up with a strange bohemian crowd, does coke and hooks up with Viktor (Marko Mandic), a domineering Ukrainian with his own set of hidden problems. After he meets a couple looking for a missing man who bears a striking resemblance to him, and after Viktor becomes more menacing, Luis gives in to paranoia as a sense of deteriorating reality begins to overcome him. Lose Your Head is a complex, “Alice in Wonderland”-like tale of a young man methodically driven out of control. 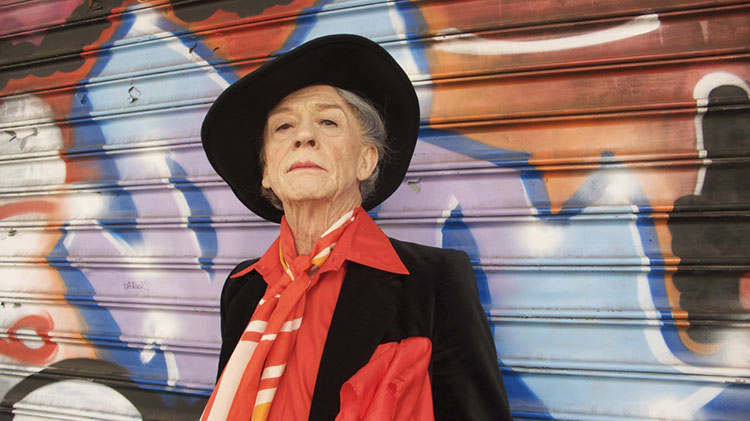 An Englishman in New York

Giving one of the best performances of his distinguished career, two-time Academy Award nominee John Hurt (who, sadly, passed away just this year at the age of 77) is captivating as British writer, raconteur and gay icon Quentin Crisp. An Englishman In New York tells an exhilarating, funny and inspiring story focused around Crisp’s emigration to the United States during the final years of his life. There, he finds himself a celebrity thanks to a 1975 television movie based on his life and writing (which, not coincidentally, also starred John Hurt as Crisp in his younger days – how meta!). The film co-stars Denis O’Hare, Cynthia Nixon, Swoosie Kurtz and the positively tasty Jonathan Tucker as tortured artist Patrick Angus, who befriended Crisp before his untimely death in 1992. 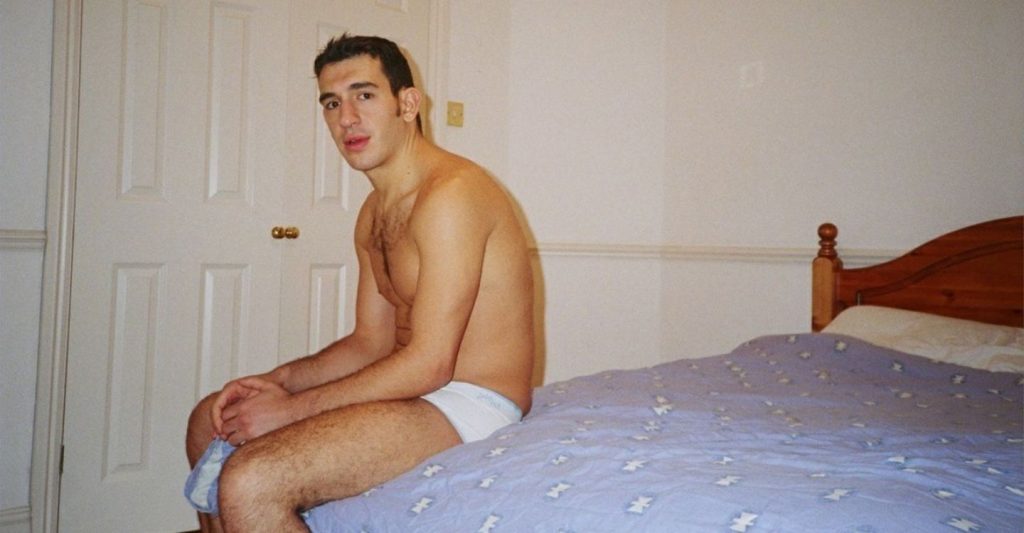 Since the release of his romantic masterpiece Weekend in 2011, Andrew Haigh has been high on our list of favorite filmmakers – helped along by his phenomenal work on the HBO show “Looking“. We just absolutely adore his style and humanistic approach to storytelling. He’s able to find beauty and poignancy in the life’s seemingly most simple moments – even when, plot-wise, the stakes are high. Before he made Weekend, he spent a lot of time with guys working within and around the sex industry. Greek Pete, his debut feature, is a representation of their world. The process blurs the boundary between fiction and documentary, giving an authentic and intimate insight into the boys lives. Honest, non-judgmental, and sometimes explicit, the film offers a portrait of a sub-culture hidden from view. There are a lot of surprising and tender moments in Greek Pete… and Haigh‘s style is on full display. 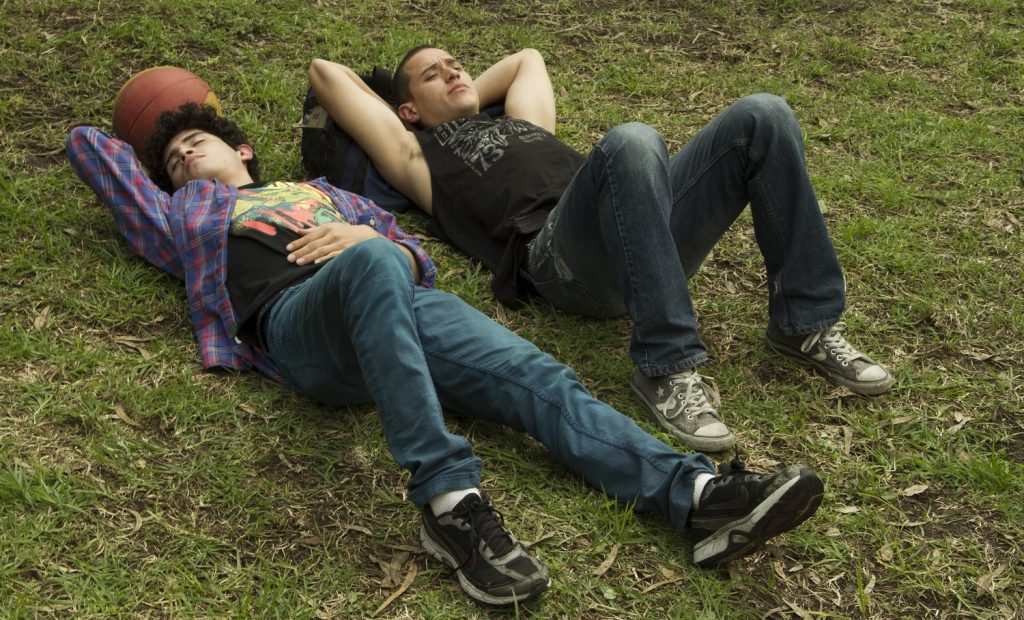 On the eve of an imminent apocalypse, two buddies – one gay, one… let’s say undecided – wander the streets. Deep in conversation, Alex and Diego (Carlos Hendrick Huber and Pablo Mezz) bond while sharing their fears and desires about sex and intimacy. Once they make their way to Alex’s bedroom, the true nature of their relationship is made clear. The strength of their unbreakable friendship helps them test the limits of trust and loyalty while pushing one another into exciting new realms of sexual exploration. A smart, heartfelt mix of drama, science fiction and romance, Velociraptor is a brilliant evocation of what it means to be young man, exploring male friendship and desire in an entirely fresh way. 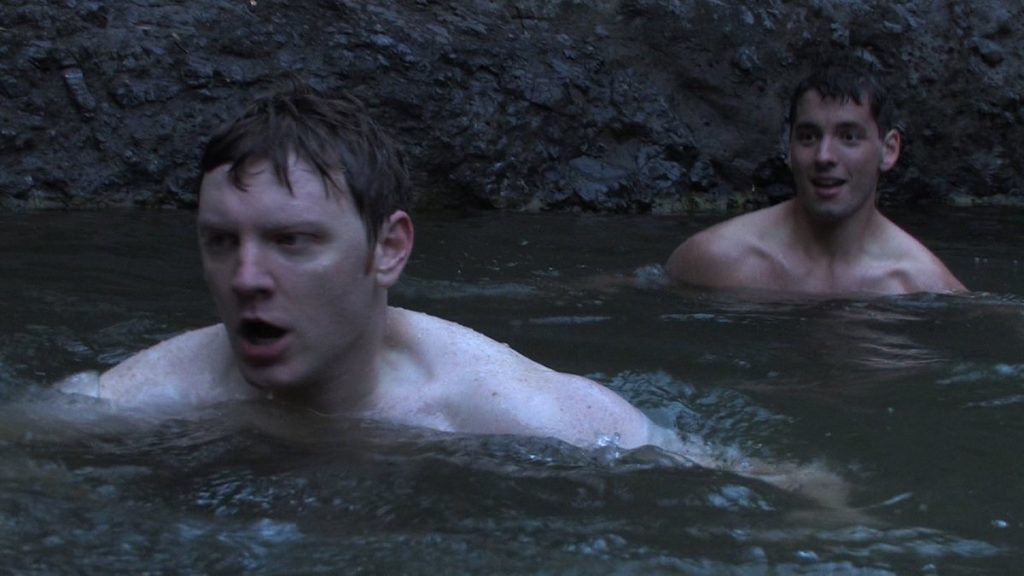 Halloween Night in San Francisco’s famous Castro is a time for celebration and revelry. And that is exactly what three young friends are in search of in writer-director Gabriel Fleming‘s beautifully rendered story of reunion, desire and regret. Jasper, Mark and Lily (Ian Scott McGregor, Lucas Alifano and Lindsay Benner) were great high school mates. Now in their early twenties, they reunite on Halloween for a night of sex, drugs and good times. But simmering under the surface are pangs of what could have been – especially for the handsome, gay Mark and his straight and recently engaged pal Jasper, both of whom still long for each after a short-lived, teenage affair and who have yet to find closure. The Lost Coast tells a breathtaking and poetic tale of friendship and isolation that resonates long after the final shot. It’s a soulful, meaningful story told with artistry, intelligence and passion.