In 1992, Gregg Araki punched the cinematic world in the gut with his breakout feature The Living End, a hedonistic road movie about two HIV-positive men who embark on a shocking and violent crime spree. Since then Araki has been flipping the bird to mainstream culture whenever possible.

Turning 12 this year, Mysterious Skin, still might be his most accomplished and acclaimed effort. Adapted from Scott Heim‘s 1996 novel, Araki took his most serious turn to that point, taking on the controversial subject of childhood sexual abuse. In the process, he proved himself to be a maturing artist worthy of this difficult topic. 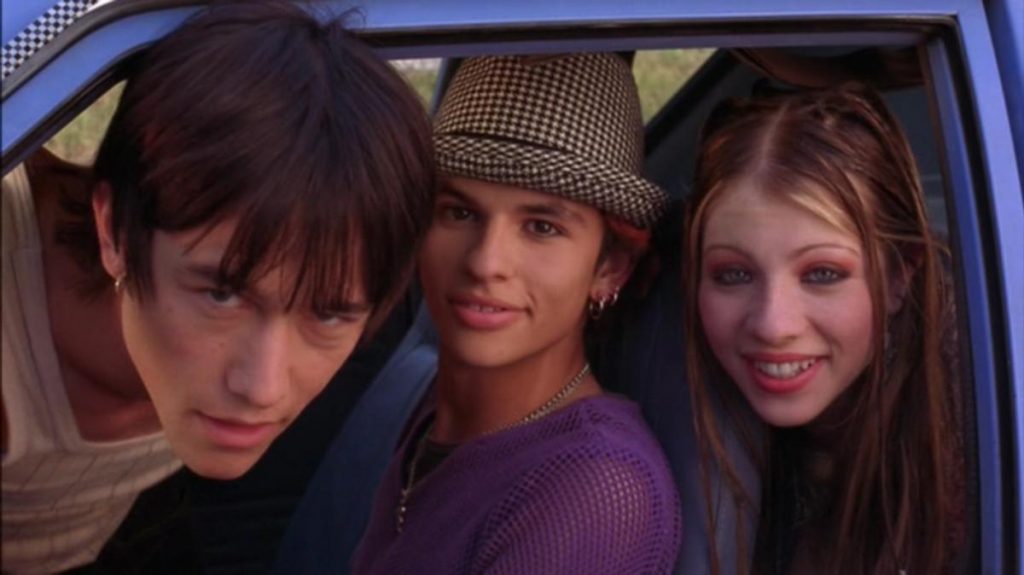 Set in the heartland hamlet of Huntington, Kansas, the film follows the wildly divergent lives of two young men whose paths fatefully crossed when they were 8 years old. Brian (Brady Corbet) has grown into an introverted 18-year-old whose only knowledge of the trauma is that five hours of his life disappeared – he has become convinced that he was abducted by aliens.

Neil (Joseph Gordon-Levitt – delivering a powerhouse performance that helped steer him toward A-list super-stardom) has morphed into a gay teen hustler, profiting from the companionship of older men. Neil’s wanderings ultimately lead him to New York, where he takes his craft to the next level. Meanwhile, Brian’s search for the truth ultimately leads him to Neil. 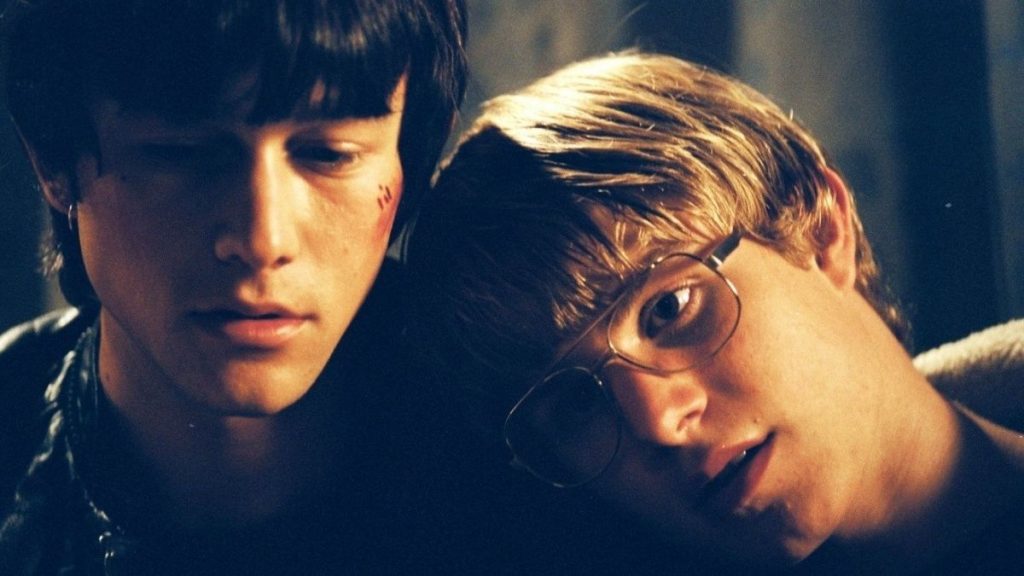 Both young actors turn in extraordinary performances: Corbet‘s honesty as the gawky, hayseed innocent is palpable and Gordon-Levitt is scintillating as the emotionless, self-destructive Neil. They are surrounded by a bevy of great supporting characters with Elizabeth Shue, Michelle Trachtenberg, Bill Sage and Mary Lynn Rajskub rounding out the cast. In Araki‘s hands they do a superb job navigating the culturally taboo subject matter.

Along with a powerful story, outstanding direction and great cinematic design, Mysterious Skin is a gay indie classic that is poised to stand the test of time – especially with the recent Special Edition Blu-ray offered up by Strand Releasing. It includes an audio commentary, photo gallery, deleted scenes, a special reading of the original novel, audition footage of the two leads, the original theatrical trailer and more.