A Conversation with Gudmundur Arnar Gudmundsson, the Director of Heartstone

Enjoy this interview with writer/director Gudmundur Arnar Gudmundsson, the man behind the gorgeous and powerful new coming-of-age drama Heartstone from Breaking Glass Pictures. This conversation was taken from the official press kit for Heartstone. We found it interesting and wanted to pass it along for your reading pleasure.

The film takes place in a remote fishing village in Iceland and follows teenage boys Thor and Christian (Baldur Einarsson and Blaer Hinriksson) as they experience a turbulent summer. As one tries to win the heart of a girl, the other discovers that he has been harboring new feelings toward his best friend. When summer ends – and the harsh nature of Iceland takes back its rights – it becomes apparent that it’s time to leave the playground and face adulthood.

Gudmundsson, born in Iceland in 1982, graduated from the Icelandic Art Academy. After graduation he moved to Denmark and studied screenwriting. His short films have been selected for more than 200 festivals and won over 50 international awards. Among these accolades are a Special Mention for his film Whale Valley (2013) in the Official Competition of the Cannes Film Festival and a nomination from the European Film Awards. He developed and wrote Heartstone during a Cannes Cinéfondation Residency. While in development, Heartstone also received an award from the Netherlands Production Platform. 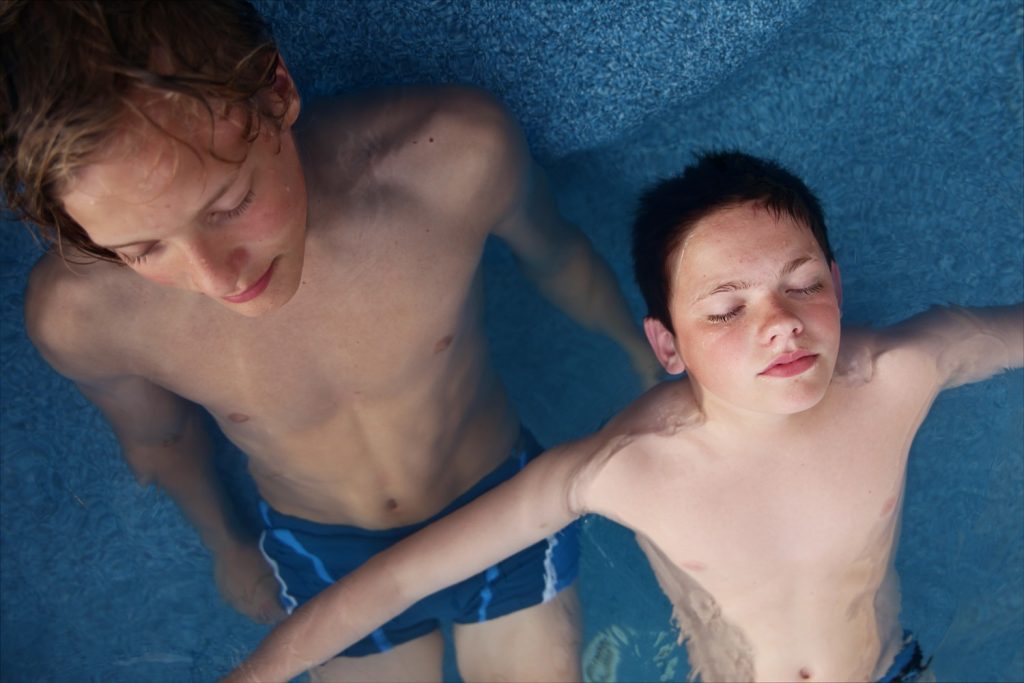 How close is the film HEARTSTONE to your own childhood?

A part of the film is very close to me, and I built the characters around my own life, family and friends. But then slowly in the writing phase the characters started to develop – they became their own individuals and this took over. The main conflict in Heartstone is fictional. I like this way of working; beginning with the foundation I know until the story takes on a life of its own. As I was writing the script, I often felt like I had a house full of kids, and they were each guiding me with their behavior. I wasn’t a master of this world I wrote, I was more of a participant.

But then as I shot for the opening scene, and I could smell the diesel oil, the sea and the dead fish, I felt an amazing sense of joy, because I had forgotten about these actual sensations. Now I was back to my childhood reality.

How do Thor and Christian reflect the difficulties, but also the excitement, of making the transition from child to adult?

It’s both about the loss of innocence and the process of finding out who you are. The film has a happy ending and the characters do end up finding themselves, even though it takes a sad turn of events in order to get there. It’s a process that includes losing something beautiful that you can never fully reclaim.

I think for many kids who are entering the teenage years, the world and the way their lives change leaves a scar that never fully heals. But at the same time, if they have some luck and stay true to themselves, they also get closer to coming into their true identities. Being “themselves” and feeling like they have the power of choice over their lives. 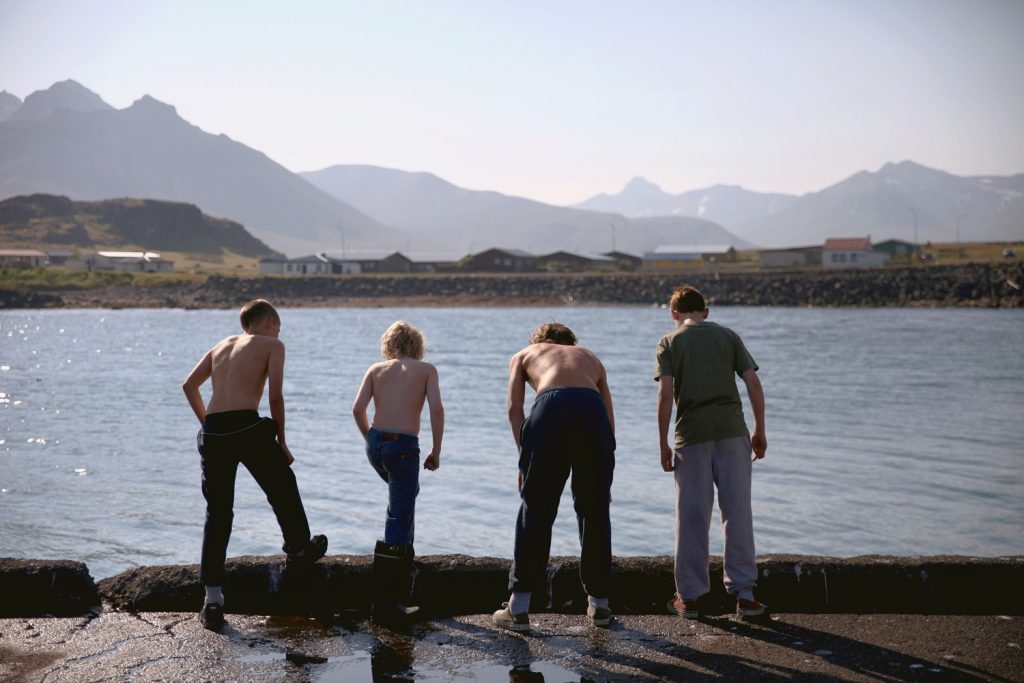 How is the small village setting where the film takes place important to the dynamics between your characters?

It was important for the personal conflict of our two main characters Thor and Christian. They both have a secret that they want to hide. Thor, who still hasn’t hit puberty, and Christian who is dealing with the complexity of his sexuality. Since I wanted to avoid exposing these issues with ‘on the nose’ dialog, I wanted the audience to realize for themselves how this is a society where sticking out is not an option. And that once your secret comes out, it changes how the entire society is going to define you.

I think that in all countries and communities, you will find people who spread rumors and talk about each other. It can be in school classrooms or in the workplace. The main difference in a small town is that you cannot escape it when you leave work or school, it follows you all the time. The only place where you can be free from it is out in nature, away from society. Growing up in Iceland, nature automatically plays a strong role in your life. For me nature has always been the escape route to get away from mental sorrows. When I feel down I look at the mountains as a place of energy, and a reminder that my problems have no role in nature. It’s the place I also go to seek happiness and freedom, and my main characters do the same. I don’t talk much about my own feelings in everyday life but I do have conversations about them with the mountains, the trees and the sky. There is truth in nature. It is the source of happiness but at the same time it has the power to take everything away. 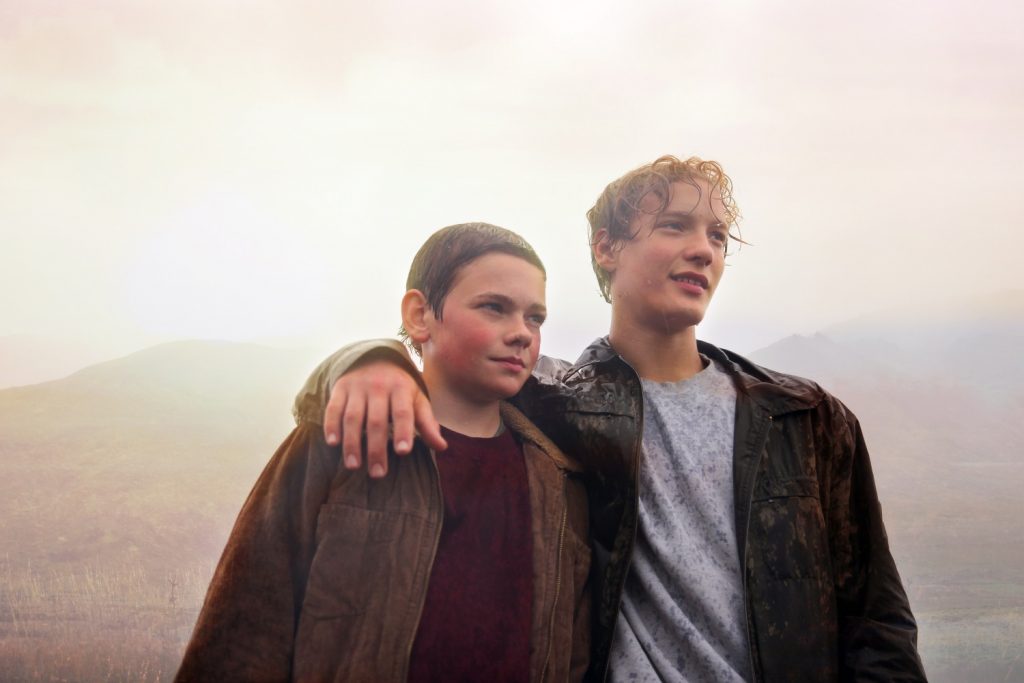 Do you think the children and teenagers in the film are more or less free than the adults?

I think the kids in Heartstone are in many ways much more free than their parents, even though the kids have to deal with all of the restrictions and pressure that come from their surroundings. As a kid growing up in Iceland I actually often felt sorry for many grown-ups I knew. Their life seemed harder, and their spirits were in some way broken. The grown ups that where happy and free were the strange ones that people shunned and called weirdos. I never wanted to grow old even though I couldn’t wait to have control over my life. The parents in the film and their adult problems exist in opposition to the freedom the kids enjoy everyday. They are a reminder, that eventually the surroundings and their social pressures are going to start to have a greater effect. That the kids’ reality will inevitably merge into the grown-up world at some point.

How did you develop the ensemble of characters around the central pair of Thor and Christian?

The only way for me to tell this story was to show all the different relationships and how they influence our main characters and their personal inner conflicts. I like taking in the details of life and that includes all of my characters, even the “minor” ones. Having strong female characters is something that is completely natural for me. Growing up around my strong and independent sisters and mother gave me the huge gift of seeing them as role models. I would definitely have a harder time understanding a submissive female character.

The character of Hafdis is based on my sister. She is a great painter, and since we were kids she always had this sense of fantasy, and a personal connection to the dark world of mystical creatures and misfits that she painted in a beautiful and tender way. I have always been drawn to her art and her way of looking at ugliness, and mythology is a strong part of our upbringing in Iceland. Hidden people, elves and demons are always there. 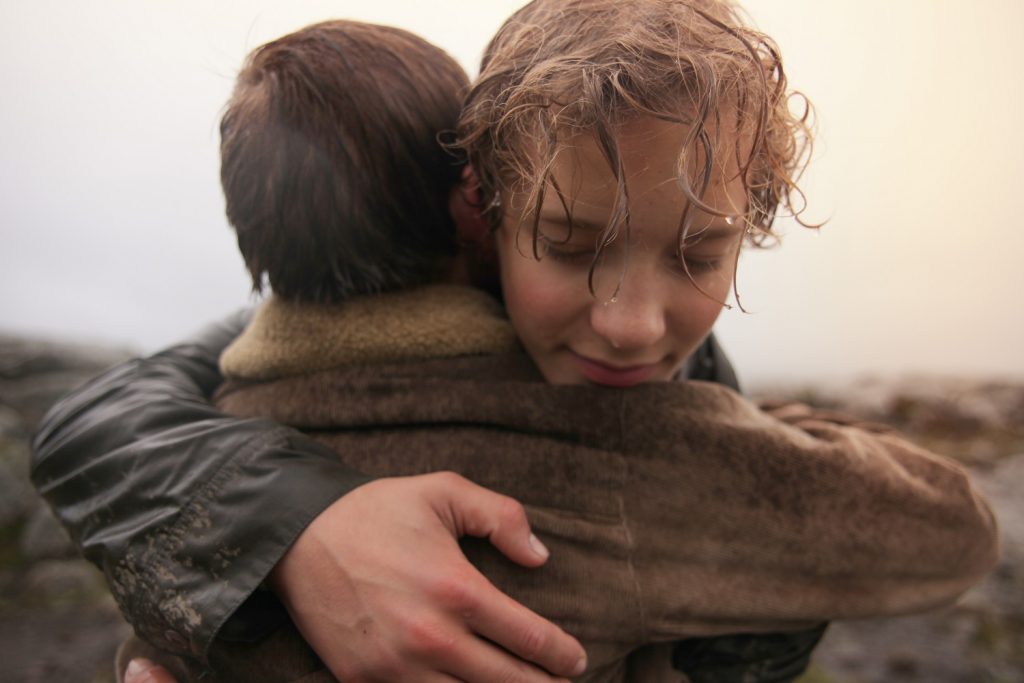 Were there certain depictions of friendship that spoke to you and inspired you? On the other side, were there stylistic approaches that you especially wanted to avoid?

So many elements of inspiration come from all directions in the process of making a film. Both from co-workers, my family and other artists. My cinematographer Sturla Brandth Grovlen was a huge inspiration to me, and together we pushed ourselves to follow our vision and inspirations and not to act safe in our choices. When I felt scared I would tell myself that this is something I have to attack. And it’s a very nice feeling to dive headlong into your fears. My dreams are also a very important guide for my creative process. Dreams guide and prepare me in the best way possible.

It’s often said that films featuring children or animals as central elements are the hardest to make. How did you take on the challenge of a film that features both?

I’ve only ever made films with children and animals, so I can’t say if it is less difficult without the kids and beasts. For me, working with kids is always a lot of fun, it gives me huge inspiration for my own life, but the animals are the difficult ones. They don’t listen to reason – so you just cross your fingers and hope to catch the magic when it appears. 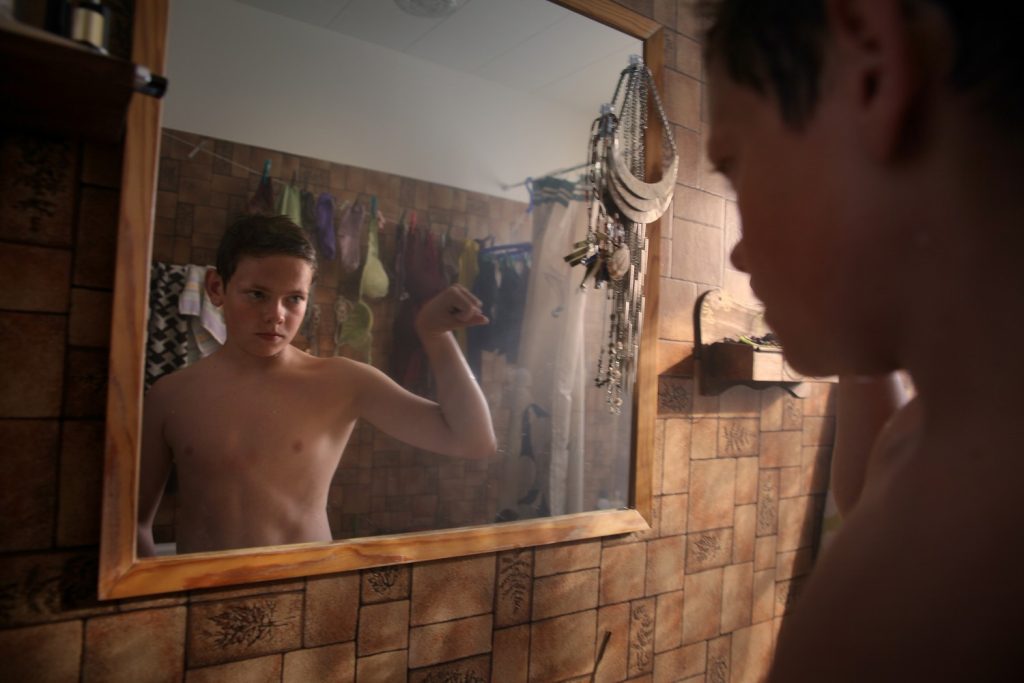 Check out the trailer for Heartstone below and make sure to pre-order your copy, coming to DVD October 10th!