Phillip Henry. Is Not. One. Of. Your FAAAAANNNNS!

In what has to be one of our favorite – and tbh, long overdue – Twitter rages in ages, someone finally went on a tear about those now-ubiquitous “Only Fans” accounts. If you have Twitter you’ve seen them: Large grey boxes with a thirsty note screaming “I’ve a new fan!” littering your timeline. (It’s a social media app that allows content producers to set a monthly subscription price and get paid for their content. Porn stars have been using it to supplement their income and get paid for exclusive stuff they produce – much of it rather “meh.”)  Fair enough, we’ve no problem with that. 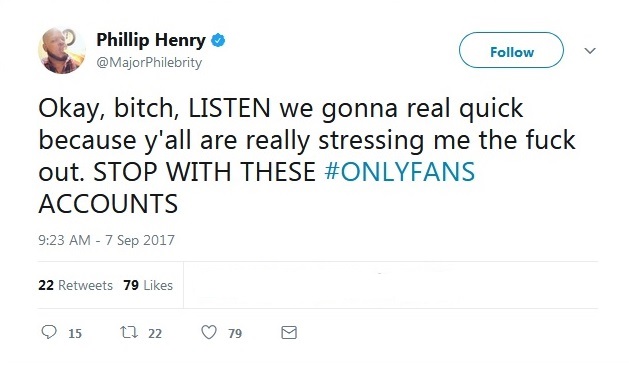 The problem we do have? When the app auto-posts a “I’ve just got a new fan!” message on your timeline if you happen to be following someone who’s using it. It’s truly fucking annoying, and we’ve unfollowed several folks on our Twitter – say hi to us at https://Twitter.com/TLAgay – whose accounts spew forth with said messages a tad too frequently.

Well, today… someone had enough.

You can visit him at https://Twitter.com/MajorPhilebrity after you bask in the true glory of this Christina Crawford-esque “Because I am not one of your faaaaaaaaaaaannnnnnnnnnnnnnns!” destruct-o-thon. Enjoy! 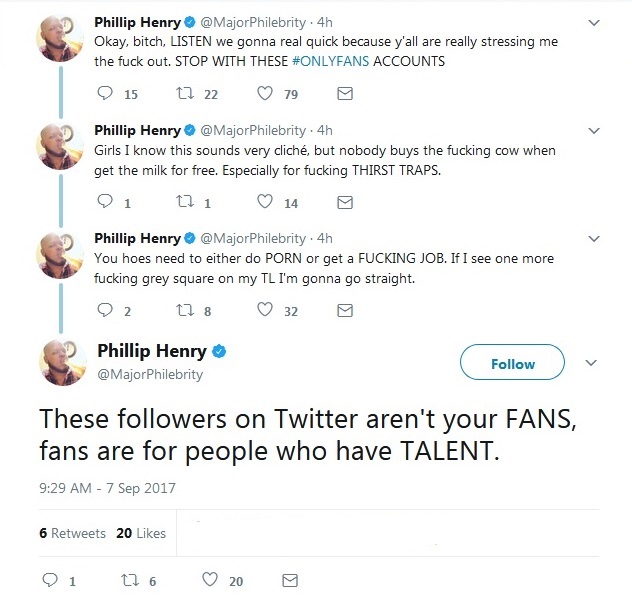 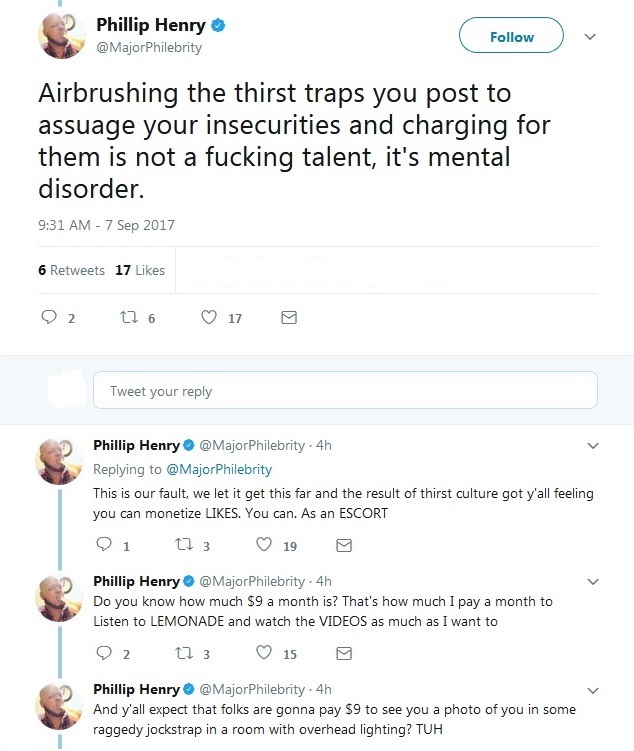 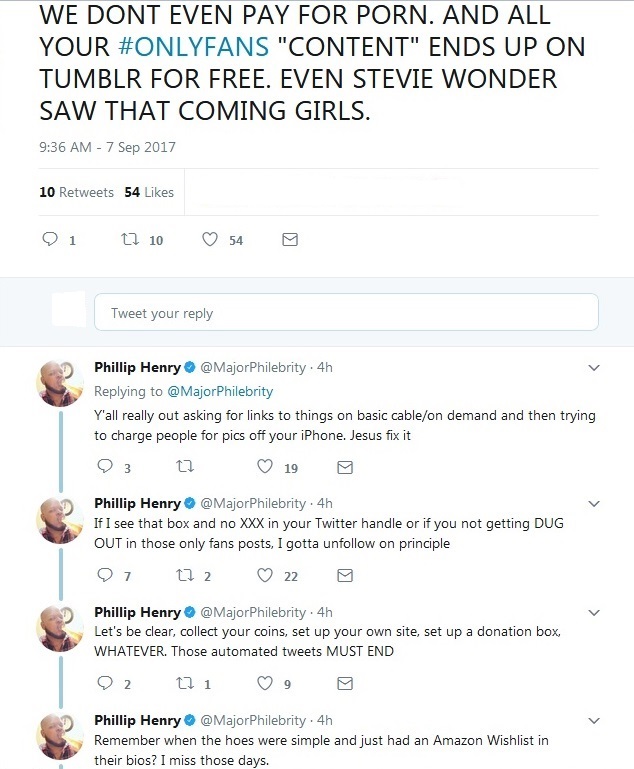